She met him in a drugstore and said to her girlfriends, “That’s the man I’m gonna marry.” And she was right, even though her friends laughed. Doug Odom had caught Louise’s eye.

Little did she know she was about to begin a journey that would lead her family to kitchens across the country. She and Doug and the children would run a one-pig-a-day meat grinding and mixing business from a converted chicken coop. While she sewed cloth bags stamped “Tennessee Pride,” Doug and the boys would grind and season the meat. And finally, into the back of the Chevy the sausage would go, to be sold by Doug to the grocers of downtown Nashville. 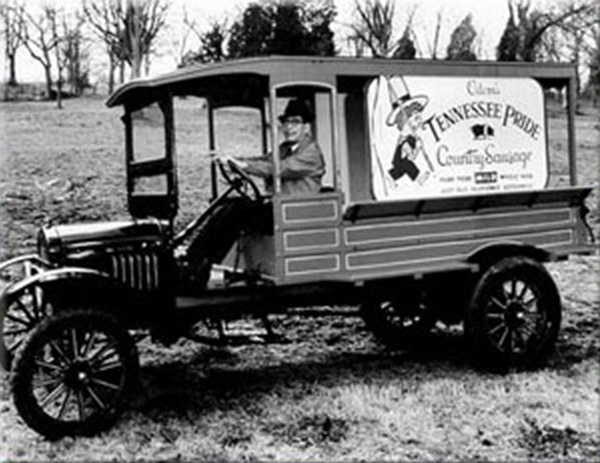 “We worked hard, turning our aprons over for the second shift,” recalled Doug Odom Jr. in a 1993 interview. By that point, the chicken coop had become a large-scale sausage production facility outside Nashville, employing more than 500 people. And the company has continued to grow from there.

“Long before Doug started the business, he knew he was going to call it ‘Tennessee Pride,’” Doug said. “That’s because he took pride in what he did and he thought other people should be able to take pride in it, too.”

More than 70 years after Doug and Louise first built the Odom’s Tennessee Pride brand, the company still takes pride in producing real country sausage featuring Doug’s original secret recipe. This rich heritage and the brand’s commitment to family tradition and quality fresh food are still central to all that we do. 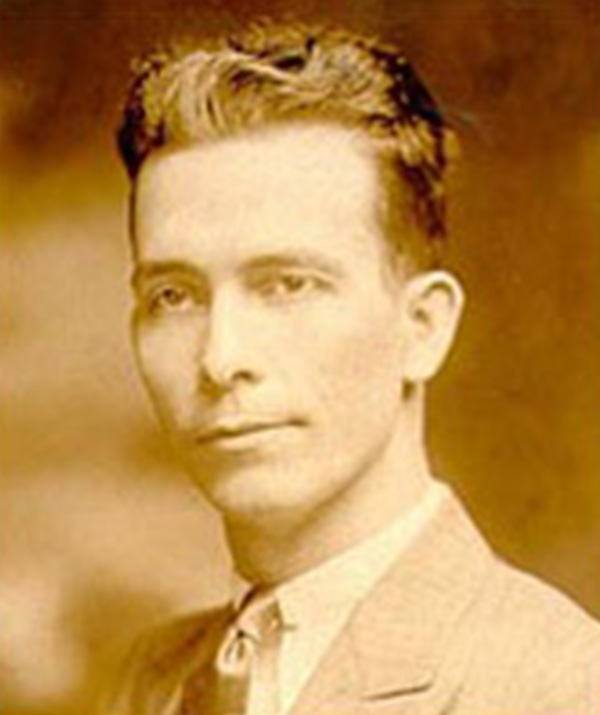 The Tennessee Pride farmboy is a cultural icon in rural Tennessee—he has made appearances at the Grand Ol’ Opry in Nashville, and on countless television programs over the years. Though his public appearances are less frequent these days, the farmboy still holds a special place in the heart of folks who grew up with Odom’s Tennessee Pride on their families’ kitchen tables.

“I remember I was sitting at the kitchen table with a friend from school when Daddy came in and asked me to draw a picture for his new brand of sausage,” says Judy Wilkerson, daughter of Doug and Louise Odom, founders of Odom’s Tennessee Pride Sausage, Inc. “Daddy picked the pole-toting farmboy because he wanted something simple. He liked plain country ways, and it never occurred to him to think differently.”

For more than 70 years since that sunny Tennessee afternoon in the Odoms’ kitchen, the farmboy has continued to represent down-home simplicity that our families, friends, and consumers love.

Listen to Our Jingles